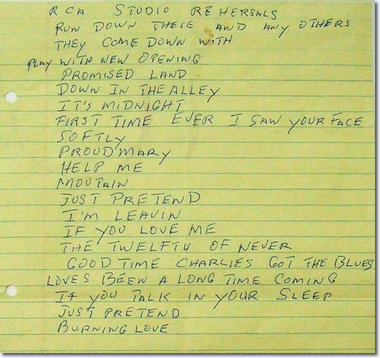 As part of the ongoing live on tour series, FTD is pleased to announce the release of 'Elvis In Cal