From Follow That Dream (FTD Books), Pal Granlund and David English, 'Change of Habit' is a deluxe hardback book with more than 450 pages and over 150 unpublished photos from the movie 'Change Of Habit', on the set, plus candids from the same period, it captures Elvis at his very best. The book is the same size as the FTD release, 'Something for the Girls'.

The book includes a bonus CD with the album 'Let's Be Friends' plus the Bonus Tracks 'Rubberneckin' and 'Let Us Pray'.

Elvis reported at Universal 10th of March and the filming started on the 12th. Elvis was dismissed from the movie on the 29th of April.

View all Books published by Follow That Dream (FTD) 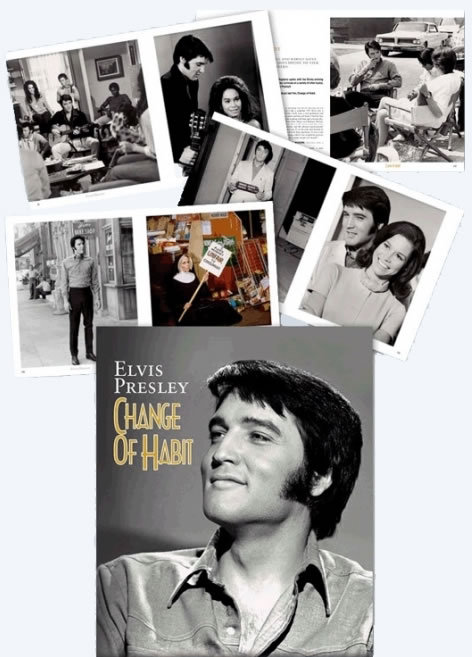 After starring in a string of classic films like Jailhouse Rock, King Creole, Viva Las Vegas and Cla