Sony Music celebrated the 75th anniversary of The King's birthday in style with the release of 'Elvis Presley: 50 Australian Top Ten Hits 1956-1977' in Australia on January 8, 2010 with the album charting at No. 9 on the Australian ARIA Top 100 Album Chart on debut. This double CD set was the first ever Elvis Presley Australian hits compilation on CD. Together with 50 hit songs, an 18 page booklet containing specially written liner notes and images of original RCA releases, and CD label art inspired by his first album release, the set provides a unique insight into Elvis Presley's popularity in Australia, a country where he managed an incredible twenty-year streak of placing hits on the singles charts.

Elvis Presley: 50 Australian Top Ten Hits 1956-1977 2 CD Set is a fantastic release that charted #9 in Australia in its own right.

Remarkably, despite the very nature of the release, hits in order of chart pacing, it is amazing how every song fits as if we had complete control over the track order.

Ballads where you want then, rockers where they should be.

As fans we all know the pleasure of listening to Elvis, but with this release there is that extra special something, with each track you are listening to history, and every track is a revelation, listening to one song flow after the other - and even the one song on this set (Do The Clam) that some may have a preconceived negative opinion of, is a joy to the ears. Largely, I think, due to the song that proceeds it and then the one that follows.

As if RCA had it all planned.

Although Elvis never traveled to Australia, it was, and remains, one of his most successful territories outside of the United States. He is ranked #1 Solo Male Artist with the most #1s (1956 to 2009) with 14 #1 singles and had 120 entries on the Australian Top 100 Singles Chart between 1956 and 2006. Fifty of those that hit the Top 10 are featured on this compilation. 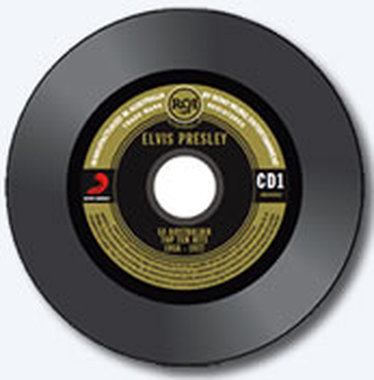 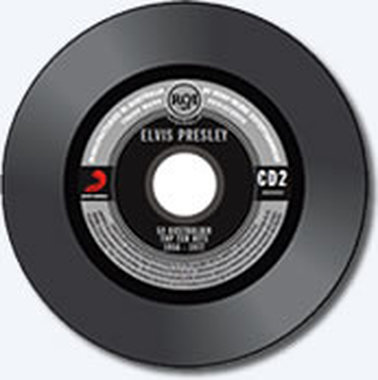 For more information on the Australian Charts got to https://charts.elvis.com.au

The Elvis On Tour Recordings | The Bootleg Series CD A double CD from Elvis One. On this album you'l

FTD release of Hits Of The 70s in the 2 CD Classic Album Series [7" Packaging presentation] : Orig

This FTD release of 'Cafe Europa Sessions : G.I. Blues Volume 2' is the second volume in the Clas