Elvis: Vegas '69 is a quality hardcover book and is without doubt the best book on Elvis Presley produced to-date ... And it is something altogether new ....

It is not a photo book.

It is not an information book.

It is not an interview book.

Yes it has all three elements - and in abundance - but the way it is formatted -- presented -- is completely new, refreshing, easy to read or just to flick though - (when time is limited) - and enjoy some great photos of Elvis, or read some quotes taken from the many interviews Ken has conducted.

And it is a quality hardcover with good weight paper. Well produced.

Elvis: Vegas '69 is a 208 page hardcover book filled with text and photos, a book which features the entire story behind what led to Elvis returning to the stage after a long absence and features over 100 new interviews with key people. So it's a combination of images and text, not just a photo book.

And at 208 pages, it is more than double the page count of JAT's '69 book. Yes, there will be some image overlap -- there's not that many good '69 live shots in existence otherwise there would have been a lot of books published about this -- but there will definitely be quite a few images that did not appear in that book - 150 stunning full color and B&W images. In any case, this is a complete book, filled with text and images, taking the reader back to one of the most exciting moments in Elvis' career.

Written by Ken Sharp, author of the critically acclaimed FTD book, Writing For The King, the book tells the remarkable story of Elvis' return to the concert stage told through first-hand accounts by those lucky enough to be on hand to witness Elvis' miraculous artistic and creative rebirth.

Learn the backstory behind what led to Elvis' triumphant return to live performance.

You'll go behind closed doors with Elvis and the band in pre-show rehearsals and revel in the excitement and anticipation of opening night. We'll also exhaustively chronicle the opening show on July 31, 1969 through the eyes of the people that were there, press conference, after show celebration and more.

Culling 100 new interviews, the 60,000 word text offers a gripping account of this seminal event told by the people who were there including Priscilla Presley, Elvis' TCB bandmates, the Sweet Inspirations, the Imperials, the Memphis Mafia, celebrities in attendance, International hotel personnel including owner Kirk Kerkorian, hotel President Alex Shoofey, publicity and showroom staff, international media and much more. 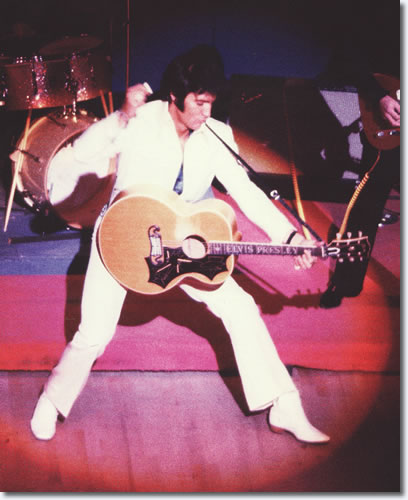 July 31, 1969 marks a historic milestone in Elvis' career. Bolstered by the runaway success of the '68 Comeback show and energized by productive recording sessions at American Sound Studios, which would spawn such timeless hits as 'Suspicious Minds', In The Ghetto' and 'Don't Cry Daddy', Elvis launched his return to live performance at Las Vegas's International Hotel in the summer of 1969.