The Elvis: And I Love You So | Limited edition DVD contains an almost complete show from 1976 with a running time of 56 minutes, including 17 COMPLETE performances with some incredible UNRELEASED footage in this quality!!

After 'the good old days' when we had lots of TTWII and On Tour outtakes we did not get anything new for a long time... With many other video releases containing amateur footage, usually are out of synch, to slow/fast and very VERY bad edits.

No skips and bumps so you can enjoy the man as you should!

Most of the footage with MATCHING audio has been taken from March 17, 1976 during his performance in Johnson City, backed up with 'help' from other shows from the same tour.

This 'Opening Night' show for 1976 shows Elvis in a very good mood and shape, lots of interaction is going on with the audience, and you are with them during this great show!

Due to the fact that not everything has been filmed, clever edits are used to keep the show going without annoying breaks and even some extra songs were used to make it work even better.

A great result of this has to be the March 22 version (St. Louis) of 'Let Me Be There' which has some amazing close ups! 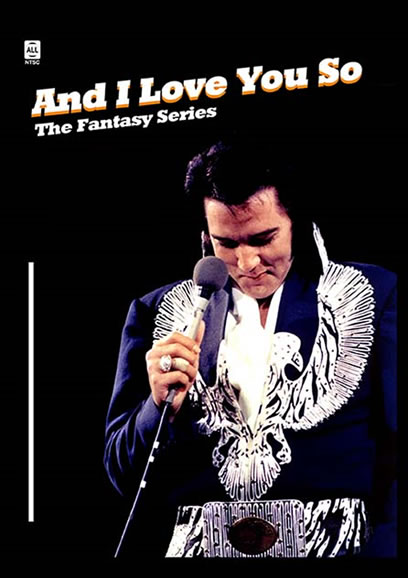 We get the very first live version of 'Hurt' a rocking 'Polk Salad Annie' and 'Burning Love' and a rare live version of the title track 'And I Love You So' where Elvis stops for a while since he doesn't approve the bands performance. You constantly feel the energy from Elvis working with his new band and the Crowd.

Next to the complete songs we also get all the band solos, hear Larry Londin for the first time during an Elvis show, see James Burton making an encore by Elvis' request, enjoy the Joe Guercio Orchestra doing a fine 'Hail Hail Rock and Roll' . Yes it is all there and you can enjoy it soon!

As a bonus some rare tracks from the CBS tapes are included.

Strictly Limited To 500 Copies, Make Sure You'll Be There And Don't Miss It!!

The Boston Garden Revisited – November 10, 1971. For the first time, a brand new transf

Following is a review of the CD release. This is a DVD release using audience 8mm film (avg. qua