This is a special edition 1000 copies only jubilee edition of the book 'Elvis In Paris' that highlights Elvis' visit to Paris in 1959. The release by the French Elvis My Happiness fan club in collaboration with LMLR is a 60-year anniversary edition of the book Elvis à Paris. This new edition will be a luxury edition with more than 400 photos and memorabilia, including newly discovered documents and testimonials. The English text tells about the visits of Elvis Presley. It comes with a 10 inch 8 track LP, and a CD with 20 tracks with alternative takes (from the albums 'King Creole' and 'Elvis' Golden Records Vol 2'), the interview that Elvis Presley did in Paris and a reproduction of a photo for the Prince de Galles hotel. 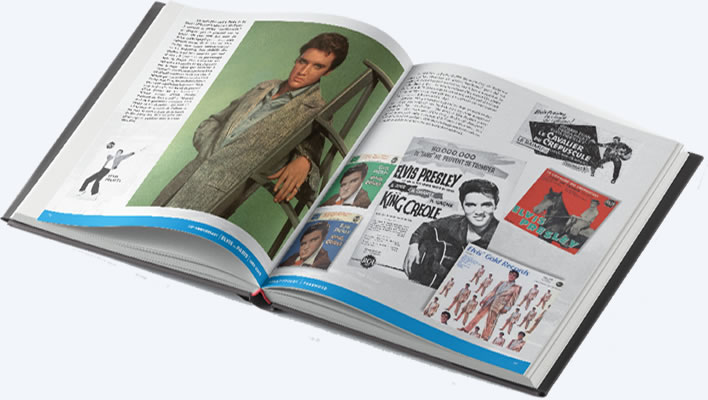 Elvis visit to Paris was an extraordinary event; he was drafted with the US forces in Germany, but the capital city of France is the only place, outside the United States, that he went to on his own. And more surprisingly yet, he did so three times! In June and July 1959 then in January 1960. He will later often confide in his friends that these visits to Paris will always remain one of his best memories.

With 160 pages… you could see The king in Paris… at The Champs-Élysées, at the press conference at The Hotel Prince de Galles ou during their nights out at the Folies- Bergères, the Moulin Rouge ou The Lido… 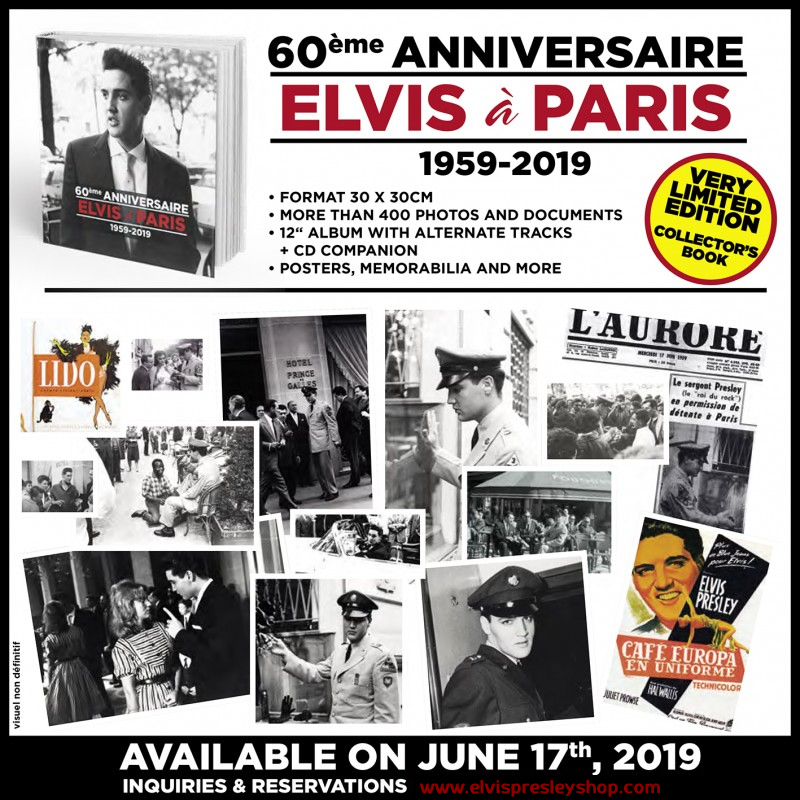